TL;DR Analysing blockchain data we show that substantial correlations between on–chain metrics across multiple blockchains exist. Interestingly, many of these correlations are asymmetric, meaning that if you swap the metrics of the investigated metric pair between chains, the correlation wears off. Notably, the data shows that there are significant increases in Litecoin network activity when Bitcoin transaction fees rise. These results suggest that in order to move funds faster and cheaper, users could be switching to the Litecoin network whenever the Bitcoin network congests and sending bitcoins becomes too expensive.

If you’re no stranger to crypto, this is probably old news to you: The cryptocurrency market moves largely together, prices of digital assets correlate with each other.

Take a look at the following chart illustrating the correlation of price changes over time for BTC, ETH, and LTC.

We used a daily rolling window and computed the yearly (previous 365 days) correlation of daily price changes. Note that this effect has been increasing over the years (reaching almost r=0.9), and only started to decline recently, in March 2019.

Prices Move Together – but what about On–Chain Activity?

At Glassnode we’re primarily concerned with on–chain activity of blockchains in order to fundamentally understand the behavioural economics of these networks.

So the obvious question we asked ourselves was: If the digital asset markets tend to move together, what about blockchain activity itself? Do we observe similar patterns when comparing on–chain data across multiple networks?

Below you can see an BTC-LTC correlation matrix of historic core on–chain metrics, as well the assets' price in USD. We used data with a weekly resolution and de-trended it in order to account for non-stationarity by differencing subsequent datapoints, i.e. we used the change of values rather than the values themselves to compute the correlation coefficient.

There’s a couple of immediate observations in this correlation analysis:

Are these Correlations Bidirectional?

The observed on–chain metric correlations become more interesting when we assess the symmetry of correlations across chains.

In order to assess the amount of symmetry we compute the the so-called correlation asymmetry matrix. To do so, we take the raw correlation matrix, subtract it from its transpose, and compute the absolute values.

This results in the following triangular matrix:

Specifically, the above asymmetry of BTC-LTC on–chain metrics shows the biggest asymmetry with respect to fee metrics, with the largest being between

Concretely, this means is that if the fees in one chain increase, the number of sending addresses in the other chain increases as well – but this correlation is uni-directional/asymmetric.

Hence, the obvious hypothesis here is:

If it becomes too expensive to send bitcoins over the network, the activity in the Litecoin network increases.

The reverse however not being true: An increase in Litecoin fees does not correlate with an increase of Bitcoin activity.

In order to test this hypothesis, we dug deeper and took a look at total fees and transaction count (as a proxy for network activity) in both networks.

The following graph displays the relationship between those two metrics in both directions:

We again used the delta instead of absolute values in order to account for trends in the data.

An asymmetry becomes visually apparent: Both scatter plots are substantially different. While the number of BTC transactions seems to behave independently of LTC fees (right plot), the opposite is not true (left plot). And this visual observation is backed by the corresponding numbers:

Visualising the above data on a symlog scale makes this asymmetry even more clear, and highlights a much stronger linear relationship between Bitcoin transaction fees and LTC transaction counts (left plot below). Note that over 63% of datapoints are located in the lower-left and upper-right quadrants.

Is this a phenomenon specific to the comparison of Bitcoin and Litecoin? How do these effects look like when compared to on–chain metrics in the Ethereum network?

In the following we illustrate the above computed correlation asymmetry matrices, this time for BTC-ETH and LTC-ETH.

The first observation from these graphs is that the asymmetric correlation between Bitcoin and Ethereum in the left plot is substantially lower (at most moderately correlated) as compared to our BTC-LTC matrix above, suggesting that it is in particular Litecoin that shows increased activity when Bitcoin transactions become too expensive. Ethereum in contrast, seems to be much less affected by this phenomenon.

Importantly the LTC-ETH correlation asymmetry matrix (right plot) shows no real asymmetries (all values are close to zero). This serves as a baseline and suggests that the above observed asymmetry effect for BTC-LTC is a phenomenon particularly driven by the Bitcoin network and not a mere result of the global crypto market patterns.

Analyses of on–chain data across blockchains can serve to shed light and understand the usage of crypto networks, not only in isolation but cross-chain, as interconnected components in the digital assets ecosystem.

Notably, the data suggests that there are significant increases in Litecoin network activity when Bitcoin transaction fees rise. In order to be able to move funds faster and cheaper, users could be switching to the Litecoin network whenever the Bitcoin network congests and sending bitcoins becomes too expensive.

All analyses in this article were done using data from Glassnode Studio. For API access to this data visit the Glassnode API page.

Many thanks to Kilian Heeg for support with data analysis. 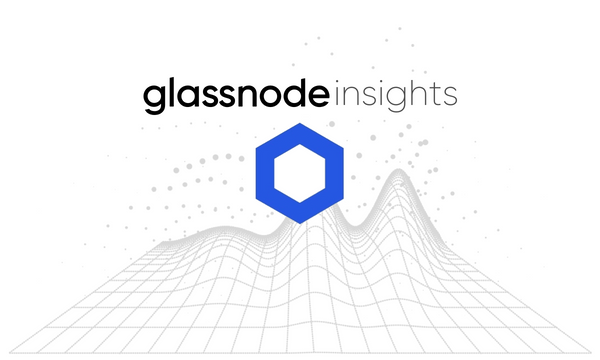 In this report we take an in-depth look into the LINK ecosystem; exploring the recent team sell-offs, exchange balances and do a broad token holder distribution analysis.